One of the coffees we offer at Hula Daddy is peaberry. We only harvest a 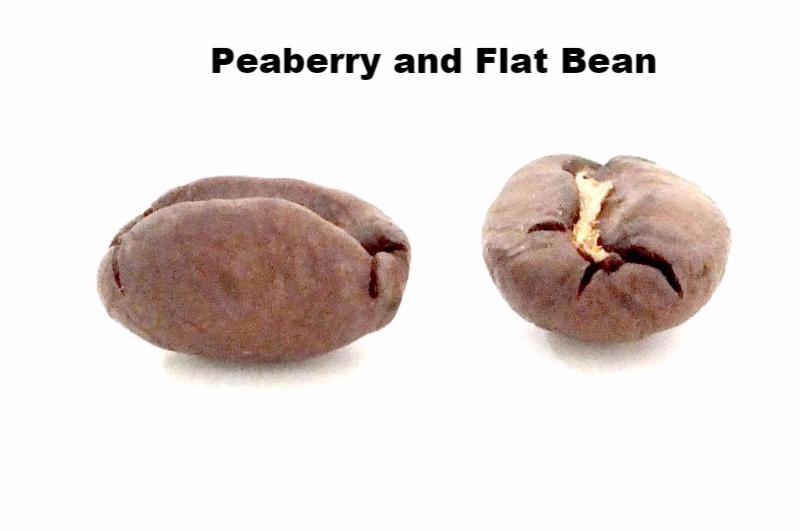 limited amount, so we don’t always have it available.
There are peaberry people and non-peaberry people. Peaberry people are passionate about peaberry coffee. They claim that the beans are sweeter and more flavorful.
We have had peaberry people get angry when we told them we are out of peaberry and won’t have any more for several months. It is so bad that this month we took peaberry off of our website menu. We now sell it, when we have it, at the store, by phone or by email.
Non-peaberry people don’t get what all of the fuss is about. They don’t think that peaberry is worth the added cost.
Ken David’s opinion at Coffee Review is:
“My experience suggests that peaberries always produce a somewhat different cup from normal beans from the same crop (in other words, present a distinct variation on the same sensory theme), but not different in a consistent enough way to support broad generalizations about quality.
More often than not peaberries produce a lighter-bodied, slightly more acidy, brighter cup than normal beans … but I have also cupped peaberries that seem to produce a heavier bodied cup than their regular mates.
I am not sure peaberry tastes better than normal beans from the same crop, but it does taste different. Typically, peaberry is more buoyant and more brightly acidy, more complex in the upper aromatic ranges of the profile but somewhat lighter in body, than comparable normally shaped beans.” Coffee Review, October 2003
Here are some facts about peaberry:
Peaberry is Not a Mutant
A peaberry is a bean that develops after its opposing bean failed. Since there was no opposing bean as it grew it folded over. However, it is still a normal coffee bean.
Peaberries are harder and more dense
Because there is only one bean developing in the coffee fruit, that bean gets all of the nutrition from the plant which results in a harder, denser bean. Peaberries roast slower than the other beans from the same harvest, so they should be sorted out.
Peaberries are Rare
Only about 5% of most coffee harvests are peaberries. There appears to be an inverse ratio between the amount of fertilizer the coffee tree gets and the number of peaberries. One saying is that peaberries are the poor farmer’s salvation. If the farmer can’t afford fertilizer then the extra money that she gets from peaberries will help her pay for fertilizer the next year. At Hula Daddy we get less than 1% peaberry.
Peaberries Have to be Hand Sorted.
When we send our coffee from dry milling, we ask the miller to sort out the peaberries. However, there are a lot of small beans and chips that sort out with the peaberry. So we have to hand sort each harvest to take out the peaberries. It takes me about two hours to sort out enough beans for one roast.
Peaberries Taste Different
There is a lot of controversy about the taste of peaberries. Some of the claims are that they roast better, they have less acid and the flavor is “stronger.” The claims may be just an illusion based on good marketing. However, at the very least, the fact that peaberries are hand sorted undoubtedly creates a better tasting cup of coffee.